Autonomous driving technology is an important factor affecting the future development of the automobile industry. With the maturity of autonomous driving and AI technology, cars will no longer be a driving tool subordinate to people. The core value components of cars will shift from transmission systems that embody power and operating systems to intelligent software systems. With autonomous driving, the hands, feet, and eyes of the driver will be liberated. The entertainment, social, and consumption scenarios during travel may be completely opened up, opening up a trillion-level market.

VICAD is based on the intelligent autonomous driving of a single vehicle, through the Internet of Vehicles, organically connects the “people-vehicle-road-cloud” transportation participation elements to help autonomous vehicles in environmental perception, computational decision-making, and control execution. Capability upgrades accelerate the maturity of autonomous driving applications. VICAD can provide safer, more comfortable, more energy-efficient, and more environmentally friendly driving methods. It is also an important link in the city’s intelligent transportation system.

The limitations of bicycle intelligence

First of all, the safety aspect of autonomous driving is the key that affects the commercialization of autonomous driving. In terms of low-level autonomous driving, many car companies have already commercialized mass production. However, many ADAS functions still have the risk of insufficient response capabilities and failure in specific scenarios. For example, for severe weather, tunnel environment, ghost probes, etc., the current automatic driving system cannot perfectly solve these problems. The reliability of automatic driving and the ability to respond to these highly challenging traffic scenarios need improvments.

Secondly, there is the unresolved long-tail problem of bicycle perception. The long-tail problem of perception is one of the reasons currently restricting the design domain of intelligent autonomous driving vehicles. There are more issues: vehicle sensor installation position, detection distance, field of view, data throughput, calibration accuracy, time synchronization, etc… When the vehicle is driving in busy intersections, bad weather, small object perception and recognition, signal light recognition, and other environmental conditions, the vehicle is difficult to completely solve the problems of accurate perception and recognition and high-precision positioning. These long-tail problems have severely restricted and affected the commercialization of autonomous driving on a large scale.

(3) Stage 3: On the basis of stage 1 and stage 2, the vehicle and the road can realize coordinated decision-making and control functions. It can ensure that the vehicle can achieve high-level automatic driving in all road environments.

An autonomous vehicle is an extremely complex system. The actual driving environment in which there are many elements and complex changes makes vehicles have many uncertainties. And this uncertainty is more manifested in the perception and prediction level of autonomous driving. For example, in terms of perception, the main difficulties encountered by autonomous driving include extreme weather affecting the reflection effect of lidar, perception errors under adverse lighting conditions, and perception failure under obscured conditions. For prediction, it includes pedestrian and vehicle trajectories. Uncertainty of prediction, reliability of automatic driving decision-making algorithm, etc.

There are two ways to deal with the original “unsafe” scene. One is to improve the ability of automatic driving to transform it into a safe scene. The other is to detect trigger conditions and eliminate them by restricting ODD. The addition of vehicle-road coordination allows autonomous vehicles to obtain more comprehensive data and start processing earlier and farther, thereby creating better conditions for vehicles to respond to unsafe scenarios. At the same time, it also supports the enhancement of trigger detection capabilities for dangerous scenes.

The exploration of the original “unknown” scene is an industry problem. “You never know what you don’t know”. On the one hand, vehicle-road collaboration can trigger and process unknown phenomena through full perception and recognition, such as unknown abnormal traffic phenomena. It is transformed into a trigger condition and prompts passing vehicles to make predictions in advance; on the other hand, through data-driven and algorithmic learning, unknown data collection, mining, and training can be improved, and unknown scenarios can be discovered, thereby completing the growth of the learning system.

Therefore, in order to realize the large-scale commercialization of autonomous driving as soon as possible, it is necessary to further carry out in-depth research and development and testing of the vehicle-road collaborative deep integration system. And we have to accelerate the construction and deployment of intelligent roads, and ensure the safe operation of autonomous driving. 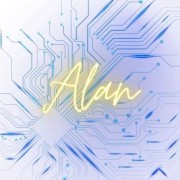 How Artwork Flow Can Help You With Your Artwork Management

How to Recover Deleted Table From SQL Server – Best Solution

How to Import EML to Outlook Web Manually

How to Open EML Files on Windows 10 Computer?

What are Cat6 Plenum Pure Copper Cables?
19 hours ago

What Is Shiba Inu Coin? A Complete Guide
December 3, 2021

What Is Shiba Inu Coin? A Complete Guide

7 best ways on how to start a Dropshipping business?
3 days ago

7 best ways on how to start a Dropshipping business?

The Secret Of The Vanilla Perfume Copy Price
4 days ago

The Secret Of The Vanilla Perfume Copy Price

7 tips to save money from the beginning of 2022

Buying Your First Rifle: Everything to Consider for New Owners
September 5, 2021

Buying Your First Rifle: Everything to Consider for New Owners

How to choose a skateboard wheels