2011, Google Play and Apple’s App Store were already brimming with over 150,000 apps. In 2020, that number is projected to hit 1 million. In 2021? It should reach 2 million total apps — doubling in just one year — according to predictions made by App Annie at the MobileBeat conference in San Francisco recently. Two-billion app downloads and $77 billion in revenue may sound lucrative for users and developers alike, but only if making an app development makes sense for your business in the first place

How Much App Development Cost You?

When it comes to building a mobile app—designing that perfect user interface (UI), deploying the backend infrastructure and server-side logic, testing everything to work seamlessly together—it can get costly. The average total cost to build a mobile app is $270,000 , according to a report from Deloitte . For an app that breaks into the top 25% in terms of revenue-generating potential, the average price for development hovers around $330,000 . But for those who have never built a mobile app before, how much does it really cost?

The answer depends on what you’re willing to sacrifice in exchange for your desired user experience (UX). The following table should provide some insight:

A Few Things to Keep in Mind

The most successful apps are typically mobile-friendly websites tweaked for desktop users. These “responsive” web apps will be cheaper by a long shot compared to a native mobile experience since it’s essentially a stripped down version of your website with some basic UX changes based on the type of device you’re using. Think about all that data usage and battery life savings, too! If you’re looking for an enterprise-level responsive app, then keep in mind that development costs may start at $250,000 . For most businesses, however, this is overkill—you’ll probably only need an MVP (minimum viable product), which can be built within 100 hours .

After years of brainstorming ideas and fleshing out your app with wireframes, you’re ready to start development. On average, it’ll take about 200 hours of development time for a basic cross-platform mobile web app with no backend integration.

3 Things You Should Know About MVPs

Doing an MVP? That is awesome! Now comes the hard part: finding developers that fit your budget and timeline. If you don’t know where to begin, consider the following:

It’s tough for a developer to come up with a well-rounded plan if you’re not even sure what your business does yet. Entrepreneurs in particular can get caught up in this trap when they have a great idea but no solid business model. In other words, it’s much harder to build an MVP when there’s no market demand or defined purpose behind it.

In the development process, focus on creating wireframes and writing your user stories before moving forward with app development—this will save money in the long run since developers prefer these upfront design specs over vague project requests. Remember that the key to a successful app is its UX and UI.

App developers usually charge by the hour (e.g., $18 per hour) or fixed price . If you’re on a limited budget, then fixed price may be your only option to deliver an MVP within your timeframe . Just make sure you discuss all possible solutions and clarify any details before signing the contract!

A fully responsive mobile web app should take around 100 hours to build—that’s assuming it doesn’t include any dynamic content, social login functionalities, push notifications, or backend integration. This does not, however, include time spent on design so it can vary greatly depending on which developer(s) you choose for this project as well as. 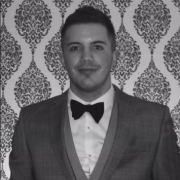 How to Hire a Successful Mobile App Development Team?

Golang versus Node.js: Which One to Choose for Backend Development?