The endless hours of toddlers kicking in the backseat and the dreaded jetlag starting to kick in, cloud gazing at a stretch becomes an impossible feat. What adds tremendously to the desperation is the lack of productivity during the hours you are onboard. However, with airline companies racing to equip their airplanes with inflight WiFi, you can kiss your cloud gazing hours’ goodbye.

According to a report published by RouteHappy, a website which monitors airline amenities, in 2015, flyers on the US airlines has a 66% chance of flying in a WiFi enabled aircraft. In other words, there will be 1600 more planes with Internet than there was in 2013. And flyers are willing to pay for improving their inflight experience. Now, that was 6 years back. Imagine the number now.

Now the question will be arisen, what does Inflight WiFi mean for you? Happy hours six miles away from home, 40,000 feet above the sky. You can now utilize those long hours onboard sending out emails, browsing on your Facebook, sending texts to a friend and putting an end to insufferable boredom. However, the downside is, download speeds can leave you unsatisfied with hundreds of passengers fighting for the same connection. Since the onboard Internet comes at a price, you would need to make the most of what you get. Let’s find out how.

Learn about your inflight WiFi before booking

Not all flights have similar WiFi amenities. If you are one of those people who would like to pay extra for a better and faster WiFi connectivity, then it is always advisable to go over the details before zeroing in on an airplane company that you would like to fly with.

Did you know that nearly nine out of ten people access the WiFi service on domestic flights and two in five do so in an international flight? If you are one of them, services like RouteHappy can come in handy. They keep a tab on various airline routes, the type of WiFi connection etc. You can easily browse through their rankings before purchasing your ticket. So far, RouteHappy has crowned United and JetBlue with best ratings.

Keep in mind the length of your travel time

It is always advisable to purchase a WiFi enabled airplane ticket according to the distance you will traveling. Typically the price to connect increases with route. And the price of a WiFi pass hikes up to almost a double when in air. For example, an hour pass for Gogo WiFi usage costs $5 on the ground, but it jumps to a $10 when bought on air.

Therefore, it is best to pre-purchase your WiFi pass if you are on a cross-country trip. If you have connecting flights, then a day pass will keep you connected on each flight you board throughout the day, saving you the trouble of your access being shut off as soon as you disembark.

Multitasking has made the world smaller and our lives easier. Therefore, it is quite unsurprising that your device will have email opened in one window, Facebook opened in the next, the Intranet portal of your company in another, Twitter in the fourth and so on. But the problem is, even when these tabs are hidden, they constantly keep updating.

For example, if you have the Facebook window open, you would keep getting updates of new notifications, your news feed will keep getting refreshed along with the list of online char users. Now multiply this across several open windows and hundreds of passengers onboard. That’s how much bandwidth you are losing out on while already on a slow connection.

Along with the numerous benefits that inflight WiFi offers, the automatic backup feature is one of those that hides in the closet, but chews up on valuable bandwidth and your session duration. Be it Apple’s Always Update, or cloud-based backup, or automated web-browser update, these criminals can put you back to your dreaded cloud gazing days, if not kept in check. It is always recommended to put a pause to your automatic software update and backup while onboard.

The same scenario is applicable for smartphones. Applications like Dropbox attempt to download large files as soon they are fed with an Internet connection, making your WiFi session go up in smoke. In addition to that, it also slows down the Internet speed considerably. You might want to watch on that by turning off your automatic update option.

Needless to say, data consumption will be lesser on your smartphone than your tablet or laptop. Many airline companies have put this principle to use by slapping on a price tag variation to this aspect. Steve Nolan, Director of Communications at Gogo confirmed that they have specific price rates for mobile device and laptops. Obviously, the price of a WiFi usage pass for a smartphone will be lesser. With a wide array of smartphones available in the market with screen sizes of 5 inches or more, it isn’t really that difficult finding your way around the Internet.

If your email software isn’t configured to download attachments on request, then it is highly likely that an arriving picture-laden email will eat up the data allowance that you have been allotted. In addition to that, it may slow down your browsing speed considerably. However, webmail allows you to check your emails without downloading all attachments at one go. If there is a particular attachment you are keen on, you can easily hit download without massively affecting speed or data allowance.

Keep an eye on data usage

The downside to using inflight WiFi is that you are seldom warned on how much data you have left in your session. The WiFi antenna may also malfunction in places resulting in poor connectivity.

You must also keep an out for promotions that include free Internet access that some airlines provide for marketing. That being said, you must also keep in mind that connection speed isn’t the only thing gnawing at your internet usage, your laptop’s battery could die out too. Keep a close watch on the factors that you can control to optimize your connectivity and make the most out of your mid-air connectivity, because sending out texts from the sky is really an amazing thing! 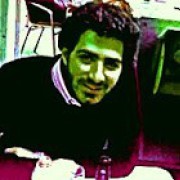 How to make all messages move to Gmail Inbox?

Have the Best Answer for your Expert Work