One of the most impressive technologies in gaming to come out in the past decade has been Virtual
Headsets. Capable of creating a traversable environment with 360-degree views and tons of
interactive features, Virtual Reality technology has transformed the approach to virtualization and
visualization then arrives the escape rooms concept.

So the question arises, how can this technology help escape rooms?
I like as an escape room enthusiast, like to visit an escape room and soak in the atmosphere as well as
the physical feeling of being in a room and racing against the time, but can a VR headset replicate the
kind of immersion you feel when you are physically present in the room?
The answer to this question is not a simple one. Let us observe what virtual reality technology has to
offer and then decide how Virtual Reality can help an indoor, immersive and fun activity like an escape
room

Virtual Reality has grown a lot
VR headsets have become quite popular with gamers in the past decade. The surreal feeling of
experiencing something so unique was mind-blowing and since then people have invested their time
in developing this technology for purposes other than video gaming. VR headsets can now be used for virtual tours, creating simulations and sandbox-like environments that allow for experimentation and learning. Depending on your software and hardware, entire structures, as well as environments, can be created in VR.
Video gamers must be familiar with this development as the recently released Half-Life – Alyx was
built around Virtual Reality and its capabilities. Not only did the game receive an overwhelmingly
positive review, but it also showcased the capabilities of VR.

So when I heard that escape room companies were offering a VR experience, I was a bit skeptical of
how a VR headset will allow me to immerse myself in a Virtual Reality escape room.
But this opinion soon changed when I considered some facts about Escape Room and other activities
that can be recreated in a VR headset.

How VR is changing the business dynamic ?
That’s right the first thing that came to my mind was how does a VR change the dynamic of an indoor
business?
The answer to this question was quite simple really. When you consider the aspects of setting up a
business like an escape room company, one of the first things to look for is ‘space’ or quite simply a
‘room’. Many successful and big companies have more than 3 or 4 rooms in a single location while
most companies can manage only 2-3.
In such a scenario, renovation or the cost of changing themes and puzzles can be quite a lot. Not
including the maintenance of rooms and their various mechanism, escape rooms have a lot of
necessary physical elements and thus present us the opportunity to look at the first impact of VR on
Escape Rooms.

Intangible and flexible
When you consider the fact that tangible objects and physical structures need to be changed according
to the theme and demands, the whole room has to be modified. This is where you realize the
importance of flexibility that VR can provide.
In a VR setting, almost nothing except your VR gear would be tangible, this means that an escape room
can be modeled, and restructured Virtually with no real physical labor.

Brings creativity to the table
Escape room are fun due to their crafty and creative presentation of puzzles. On any given day,
solving puzzles and paying for them is not something most of us will do, thus creating a theme and
making a fun background allows a player like myself to engage with the room as if we are playing an
actual game.
VR can allow the creation of puzzles and riddles that would ordinarily be impossible in the physical
world, thus expanding the boundaries of creativity

Better accessibility
Having the freedom to access an escape room from your home is something quite amazing. Especially
when faced with an ongoing pandemic and physical distancing being the norm, VR can allow you to
be immersed in your favorite activity without going anywhere.
Currently, there are no mainstream games except The Room which offer an amazing VR escape roomlike experience but is something different in itself. We still need to go physically to some location to
enjoy a VR escape room.
Remote play is not a feature as of right now, but VR can allow a unique experience should such games
be made accessible from your home.

Better Interactive capabilities
The only thing that limits the interactive capabilities in a virtual environment is our imagination since
the hardware and software at our disposal can create truly magnificent and entertaining things. For
example, Phasmophobia gained a huge following in the past year due to its cooperative, scary and
creative take on horror games. The game unsurprisingly has a VR mode that adds a lot to the horror
and thrill element in the game.The game, however, is quite interactive as you are required to take photos, find clues, use voice
recognition, and find the type of ghost you are dealing with in the game. There is a lot to do in that
game and there is no reason to expect anything less from a VR escape room that would be or should
be filled with interactive puzzles.

A Powerful tool
VR Is truly a great technology and can create some great pieces of work which Transcend the
boundaries of what we can do in real life. An escape room created in VR would not only be much more
interactive, but it would also be much more immersive.

CONCLUSION
Virtual environments like I said can be quite interesting and escape rooms can benefit from it a lot.
But do will VR Replace the need for a physical escape room? Seems impossible at the moment due to
the limitations of VR technology, which make it difficult to access for each and everybody. This is why
most people would prefer augmented reality which can function through mobile devices alone.
But with developments in VR technology, we can expect a much more streamlined experience with
VR in a much more accessible environment.
Sure people will need some practice and getting used to it since the technology is still relatively not
that popular, but the potential concerning escape games is quite high, and would frankly be interesting
to see how far VR can take the Escape room experience more than it already has 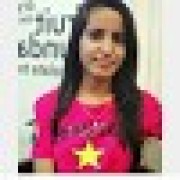 How To Help Your Child With Distance Learning?

How to Play Racing Games and Driving Games