Throughout the last two decades, we were able to witness AI dominating the tech world. From small things like a toothbrush to self-driving smart cars, Smart Assistant. And all of these advanced technologies leave a huge impact on our lives and holds leverage on every single decision of our life. To simplify the explanation of Artificial Intelligence every type of machine small to big which can stimulate mankind’s intelligence is defined as Artificial Intelligence.

If we are talking about Artificial Intelligence. How can we not mention how it impacted the smartphone industry because that is where it is utilized the most and gives your phone the power to make your life easy? Built-in artificial intelligence smartphones can accomplish around 5 trillion tasks every second and it doesn’t even consume too much power of your smartphone. Examples of artificial intelligence in your phone are Face scanning sensors, improving your photo quality, Google Assistance are only a few examples. 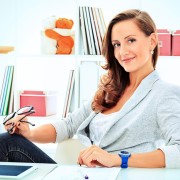 Anaya Sharma is Writer and Gadget Researcher. She has completed her BA in English literature from Mumbai India. She is specialized in technology.

What To Look For In Optical Transceivers

The Good and the Bad of Flutter App Development