sAre you confused between full stack and mean stack developer? If you’re in the right place to learn about differentiation. Full-stack web developers are adept at managing the website’s front-end and back-end operations.

To ensure a seamless user experience for the users on the website, these full-stack developers work on handling the website’s design, interface, and backend functioning using various programming languages and tools.

However you must know that several people don’t know Full stack vs Mean Stack Developer. One of the JavaScript stacks employed by full-stack developers to build websites and web apps is the mean stack. So, the Mean Stack framework handles the server-side and client-side execution of JavaScript scripts.

But, if you’re working on your new web app development project, you must know reading the entire blog will immensely help. In this blog, we have compiled a Full stack vs Mean Stack Developer, which you should know, so read carefully.

What Is a Full-Stack Developer?

A full-stack developer is a web developer or programmer that operates on both the front and back ends of a website or application. Full stack developers can take on tasks including databases, the creation of user-facing websites, or even working with customers in between the planning stage of web app development.

What Does a Mean Stack Developer Mean?

A developer with expertise in the MEAN stack is a specialist who concentrates on a narrow range of topics. MEAN stack developers are similar to JS-based application developers. Mean stack web development refers to the development phase that comes inside this specific group of capabilities MongoDB, Expressjs, AngularJs, and NodeJS.

In this section, we have built a table that showcases the vast difference between full stack and Mean stack developers, which you must go through to understand more thoroughly.

What Are the Benefits & Drawbacks of A Full Stack Developer?

Benefits Of A Full Stack Developer

What Are the Benefits & Drawbacks Of A Mean Stack Developer?

Benefits Of A Mean Stack Developer

Hopefully, the information mentioned above was quite helpful for you in knowing about the difference between full-stack and Mean stack developers. So, you must know if you’re looking to develop a mobile app but are confused about full-stack vs mean-stack developers. You must outsource a mobile or full-stack web development company.

So yes, we’re saying this after a lot of experience. A full-stack web development company has a team of various developers that work according to your project requirement.

Which companies use the MEAN stack?

MEAN Stack or MERN stack: Which is More in Demand?

Mean and Mern stack both tech stacks are both in high demand. But their structural differences are the main distinction. So, when managing more significant projects, MEAN is preferable, but MERN is ideal for quickly developing smaller web apps. 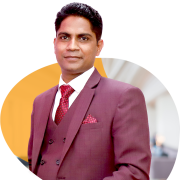 Tarun Nagar is the Founder & CEO of Dev Technosys UAE, a global ranking Website Development Company, and Mobile App Development Company . With 10+ years of experience in enabling then Startups which are now global leaders with creative solutions, he is differentiated by out-of-the-box IT solutions throughout the domain. He is known for his visionary qualities and adaptability for technology and trends, passionate as he is in every aspect dedicated to making IT simple, accessible, and approachable for business enterprise

With A Doordash Clone, You Can Take Your Food Delivery Business To The Next Level.