Meet the Indian humanoid robot Shalu. She speaks both Indian and foreign languages, and if you know any of these languages, you can start a formal conversation with the robot. And you will be surprised to know that she could answer common factual questions.

If you search Shalu on Google, you will find plenty of websites including Wikipedia, discussing the Indian robot on the web. You can get information about its maker, inspiration, and even about the future. And the info will force you to think about the robot. Also, the first thing that will come to your mind about it would be Sophia that is also a robot.

First, meet Dinesh Patel, the man behind the Indian humanoid robot Shalu. He is a science teacher in Kendriya Vidyalaya, IIT Mumbai, and he developed an indigenous model of Sophia with his vast knowledge of science and technology. A keen learner, Dinesh Patel took 3 years in developing the prototype of the robot that can speak multiple languages, understand emotions, and behave like normal humans.

According to Dinesh Patel, he was inspired to work on a robot from the movie Robot (Enthiran). Also, the development of Sophia inspired him to work harder on his indigenous robot. But simple inspiration isn’t sufficient for developing a robot. Dinesh Patel also appreciates the development of scientific temperament in the country.

Dinesh Patel used indigenous materials like discarded plastic, broken pieces of wooden furniture, cardboard, newspaper, and aluminum bought from the market. All these materials are used for making the physical structure of the robot. Dinesh Patel has provided a detailed report of making the Indian humanoid robot Shalu on the India Science TV channel that is an OTT platform.

Technically it is the most important part of the robot as it constitutes the brain of Shalu. Like the physical structure, the software is made indigenous. Dinesh Patel worked on open-source libraries like TensorFlow and NLTK to constitute the brain of the robot. And he achieved success in 3 years of hard work. He developed a software application that can impart human functions to the robot.

Today Shalu can speak 9 Indian and 38 foreign languages that include Hindi, Urdu, English, and French. It comes with a strong memory so that it can recognize people. Shalu can also display emotions like anger, happiness, laughter, and jealousness. She can make calculations and do normal tasks. Council of Scientific and Industrial Research organization congratulated and appreciated Dinesh Patel on the development of the Indian humanoid robot Shalu.

TopTen magazine has listed Shalu in the top 10 humanoid robots of the world. Also, the world organizations recognized the great work done by Dinesh Patel. He won numerous awards for Shalu. It is a serious attempt at making a fully-functional robot that can work like humans. Dinesh Patel is working on Shalu to develop an upgraded model.

Indian humanoid robot Shalu is under development after its prototype has been approved by both society and the scientific community. Shalu is a surprise for the world. It is an indigenous robot that has everything Indian. It is Indian by body, brain, and heart. Also, it speaks Indian languages. Allow Dinesh Patel some more time so he can add more features and functions to his robot Shalu. 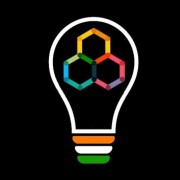 India Science is an Internet-based science Over-The-Top (OTT) TV channel. It is an initiative of the Department of Science and Technology (DST), Govt of India, implemented and managed by Vigyan Prasar (VP). This 24x7 video platform is dedicated to science and technology knowledge dissemination, with a strong commitment to spreading scientific awareness especially with Indian perspectives, ethos and cultural milieu. India Science is a bilingual Science Channel in Hindi and English.

Bookmark These 6 Tips to Grow Your Shopify Store

How To Use Enterprise SEO to Leverage Traditional Marketing Campaigns?
13 hours ago

NFT Gaming: The Next Supertrend in the Metaverse
1 day ago