The automotive industry has experienced a rather fast and tremendous evolution in the last century. It all started with a simple gasoline engine mounted on a three-wheeled cart, which was a means of transportation that sparked an entire industry. Technology has also made some amazing changes in the industry, such as manufacturing better engines, improving fuel efficiency, using alternative fuels and many other things.

Today, we have cars that can park themselves, drive autonomously and even come with voice-activated controls. And this is just the beginning! In the years to come, we should expect even more exciting inventions coming from this industry.

Autonomy and interactivity are part of future

As the car industry is redefined by autonomy and interactivity, the companies who are able to adjust will be most successful. The components that used to define a great car—performance, design, features—have been replaced by new criteria.

As automakers attempt to create autonomous vehicles with cutting-edge technology, they’re also forced to redefine their identity as a company. While this shift is complex and expensive, it’s necessary in order for companies to stay competitive in an ever-changing industry.

Autonomous and interactive car tech is already having an impact. In the next few years, however, autonomous technology will have fully arrived. While no new cars will be totally self-driving immediately, we can expect to see a shift from semi-autonomous features like cruise control and automatic lane detection to fully autonomous tech for both consumer and commercial vehicles.

Self-driving cars are coming sooner than you think! As such, it’s important for students of today to understand the implications of this technology on our future.

In 10 or 20 years time, what will it mean to own a car? What will it mean to drive one in general? How safe should we feel when we don’t know who’s in control of our vehicle? Cars are getting more sophisticated by the day; they’re becoming more like computers with wheels than mechanical machines.

For example, BMW models actively monitor your eye movements while driving so they can detect when you’re unable to keep up with traffic. They’ll then take over acceleration and braking on their own if your brain isn’t doing basic functions fast enough. A computerized nanny can ensure that you don’t crash or get pulled over for speeding without being conscious enough to prevent yourself from doing exactly that.

Technology has given drivers greater access to their vehicles and the ability to use their vehicles in ways that were previously not possible. For example, drivers can connect to their cars through their mobile devices and control them through voice commands. Users are also better able to maintain, operate, and find parking spots with their cars because smart technology notifies them when they need maintenance or repairs, helps them operate vehicles through hands-free control or navigation systems, or alerts them of open parking lots in busy areas.

Smart cars are equipped with internet access, meaning you can potentially monitor your vehicle’s progress on a smartphone device. And there are many benefits to having such a connected vehicle.

One benefit is that a smart car can be more efficient. Drivers may be able to locate the nearest gas station or locate parking spots in busy areas at any given time. This allows them to save money on gas and avoid wasting time searching for parking spaces.

Some people also think it makes driving more fun when they have access to their apps and music playlists while they drive. Others believe that connecting smart cars to smartphones will make their vehicles safer because they’ll be able to lock the doors automatically or even call for help in the event of an accident.

Imagine if you could drive anywhere you wanted without having to worry about getting lost. That’s what in dash gps does for your car. With it, you don’t have to worry about directions at all, just simply follow the voice telling you exactly where to turn. It saves time and money for gas because you won’t need to go back and forth looking for the right turn or exit. This can be especially useful if you’re on vacation and want to see new things that you wouldn’t have known of otherwise. All this convenience is available with dash gps.

These systems are the closest thing to self-driving cars we have available today. Many of these cars are already on the roads, but this is only the beginning!

Self-driving vehicles require a lot of different technologies to work together. Cars will need sensors and cameras to detect objects around them. They’ll also need to be able to communicate with other vehicles, pedestrians and traffic signals. These technologies are rapidly developing, so it won’t be too long before we start seeing self-driving cars on our streets.

The technology behind fully autonomous vehicles is being developed by many companies around the world. These companies include Ford Motor Company, Baidu Inc., Google Inc., Apple Inc. and Tesla Motors Ltd.

Self-driving technology has the potential to fundamentally change how people drive their cars or even if they drive at all!

While impressive technology on its own, self-driving cars will have massive implications for our society once they become commonplace. Many people speculate that we will need fewer parking lots for example because driverless taxis could drop off passengers instantly before autonomously shuttling off somewhere else with no need for human intervention along the way. 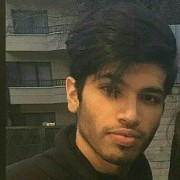 The Benefits of Renting Servers and Colocation

How To Manage And Treat Wastewater?

How to fix cannot connect issues