Choosing the correct technology stack for iOS app development is the most important component in turning an iPhone mobile app idea into a successful app. The term “mobile development stack” refers to a set of programming languages, frameworks, tools, UX/UI software, and APIs used to create a working mobile app. Do you know that mobile app developers do the implementation and deployment of apps to the store? So, are you looking for professionals for creating your iPhone app? Hire iPhone app developer to make your task of developing an iOS app easy. However, it is important to assess the proficiency of the technologies and languages used for the iPhone app.

Are you looking for an iOS app for your business? Before that, you should be aware that selecting the right technology for the iPhone application is the key ingredient. Let’s have a look at the top languages used for developing iOS apps.

Do you also want to have our iOS application? Then why not get help from the iPhone development company.

No Matter, how new you are to the iPhone app development languages. But there are high chances that the languages that we cover in this article will be your answer.

Swift is a sophisticated, modern, and very intuitive iPhone app programming language designed exclusively for building apps for Apple’s iOS, iPadOS, macOS, tvOS, and watchOS platforms. Perhaps, It is a convertible language to code with since the syntax is simple and includes modern features that make developers’ lives easier. Furthermore, the language creates software that runs extremely fast.

Benefits of the Swift:

Do you want to scale your iPhone app quickly? Then it is the best choice. It is a modern and easy-to-use language and allows a quick development process and writing safe and error-free code. Furthermore, the Swift language is often updated, allowing you to make changes to your application.

Henceforth, numerous agencies provide iPhone app development services. You will require to choose the company which is well-known in the industry.

It is a high-level, object-oriented, general-purpose programming language developed by Microsoft. The.NET platform, which is both a framework and a runtime environment, is integrated with C#. Moreover, it is used mostly for writing applications for Windows systems. However, this language is used to create native applications for almost any platform, including iOS.

Flutter is a comprehensive app Software Development Kit (SDK) with ready-to-use widgets and capabilities, backed by Google. In addition, it is one of the most comprehensive tools for creating cross-platform apps, allowing Flutter developers to construct visually stunning, natively compiled mobile, web, and desktop apps with only one codebase.

On the whole, the Selection of the iOS programming language can be sometimes difficult because it plays a vital role in the success of the iPhone App. If you also want to build a high-functional iOS app for your business. Then, why not hire iPhone app developer. Hence, to create a fast and responsive iOS mobile app, the professionals can become a great help for you. 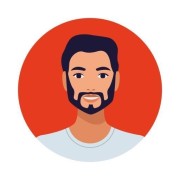 Hitesh Chauhan is a dynamic content creator with a vast observant mindset. His vivid interests in modern technologies and marketing strategies help him in crafting novel content that readers acknowledge. His readiness towards various subjects makes his articles more distinct and attractive.

How to create a good stream title, which will stand out!

How technology helps in construction